The referendum of 5 July 2015 requested the Greek people to decide whether or not to accept two sets of proposals put forward by the EU Commission, the International Monetary Fund (IMF) and the European Central Bank (ECB). The proposals were set out in two distinct documents. The first was titled “Reforms for the Completion of the Current Program and Beyond”, while the second was titled “Preliminary Debt Sustainability Analysis”. The effect of both documents (would-be-agreements) was the provision of liquidity, chiefly for debt-repayment in exchange for severe fiscal and social conditionalities. It was because of these severe conditionalities and their detrimental impact on society and the country’s fiscal independence that the Prime Minister called for a referendum. The outcome of the referendum was an overwhelming NO vote (61.3%) against the content of the two documents. The Prime Minister and the ruling SYRIZA and ANEL parties had championed the NO vote, this being consistent with their pre-election manifestos. However, in the aftermath of the referendum and despite its outcome, the Prime Minister adopted the Third MoU and loan agreements, the contents of which are of equal or greater social and fiscal impact as compared to the preceding ones.

Understanding the Financial Crisis in Greece 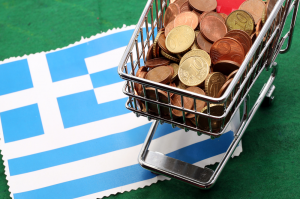